Posted by Alexandra Desrochers on 7 December 2016 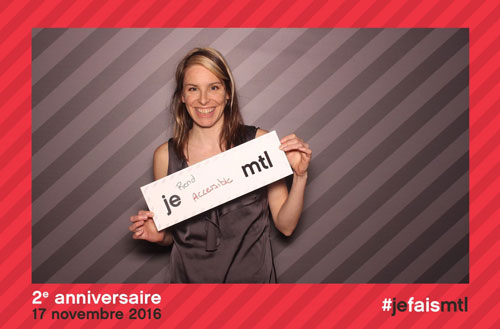 On November 17th, OnRoule became listed as a new project of “Je fais Montréal”. The new project have been chosen because they are “innovative and/or surprising, they will have a positive impact on the social and economic development of Montreal, they are collaborative and they are base on credible funding.”

What is “Je fais Montréal” ?

“Je fais Montréal“ is an approach to support, provide and make realisation easier of the 181 commitments taken by Montréalers leader from all horizon. The movement is to enhance Montreal “by implementing creative activities”.

The projects have two major classifications; the lever  and target ecosystems which consists of sub-categories. OnRoule.org is in the category of “Montreal, city of goodwill”, which is under the target ecosystem. This ecosystem includes all projects aimed to give “organize knowledge, how to do something and networks to better take care of us.” OnRoule fits perfectly with this philosophy by it’s mission and it’s objectives. 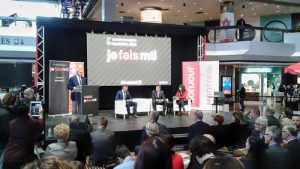 Elected people, innovative project representative and others are doing a tribute to Je fais Montréal.

OnRoule is committed to “promote current accessibility of Montreal, to discover and to optimize its use, for the benefit of citizens, traders, Governments and other actors and thus contribute to promoting Montreal throughout the world as a smart, human, open and inclusive city.”