Accueil → About us → Board of Directors

We are pleased to introduce the organization’s Board of Directors 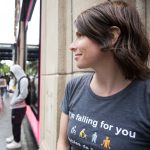 Following the fracture of both her ankles, Catherine Blanchette-Dallaire lived for four months in a wheelchair in 2012. This situation inspired her to create www.onroule.org, a web inventory of all accessible businesses, dwelling and services. She is behind the new concept of Human Accessibility about which she’s been invited to speak at international conferences, and the #1000joursAH social movement which aims to map all public places before 2022. Finally, she is a Best-Seller author with Success from the Heart, published in 2015 in United States.

Her work was underlined and congratulated on several occasions 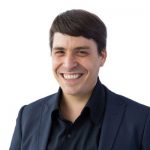 Highly active and involved since his teenage years, Benoit Racette loves communication and development. Chief of communications at  Canal M, a radio for blind individuals. He knows how to communication the needs of this community and therefore, he works since many years, mainly on their rights. After 10 years working as a financial developer, he helps organization in term s of rights. He also worked for the Canadian Cancer Society and the OSM. For Benoit, OnRoule is the way to innovate and work for an inclusive society. 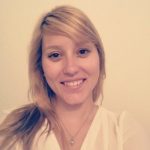 Alexandra D’Amours, born in Victoriaville, is passionate by Montreal since her arrival in 2012. She has a degree in political science and in law; she has been very active to defend the rights of individual with disabilities in Ex aequo. She is particularly motivated by the ILI (information platform on housing) of OnRoule. She’s seen the needs for this type of service while developing, with members and activists, the claim platform about housing policy for Ex aequo in 2016. Assistant director of Montreal opposition party, she is engaged in the Forum des jeunes de la fonction publique québécoise. She is bringing her understanding of the issues, her amazing network and her contagious determination.