Make a difference and get involved in improving accessibility! 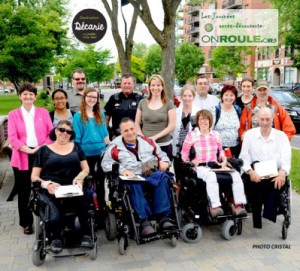 Launched in 2013, the Access Discovery Days have since stretched across the province. Dedicated to survey the accessibility of the retail premises on various commercial streets across Quebec, these days allow you to get directly involved in improving the accessibility of your neighborhood!

In teams of two or three, participants receive a list of five to six businesses in order to make an inventory of the accessibility, at the same giving them the opportunity to chat with the managers on various issues related to accessibility.

All participating businesses are previously informed and have given their permission to receive us. This therefore greatly facilitates interactions, and offers you a unique opportunity to actively discuss with the managers to better understand their realities and share yours!

Distribute the data and publish

All data collected are then added to the OnRoule.org directory so as to benefit the entire population!
You can consult the list of available shops listed here from 2015 (French).  🙂

The Access Discovery Days are back in Sherbrooke, Laval and Montreal. The ROPPHL joins us again for organizing the Laval edition. 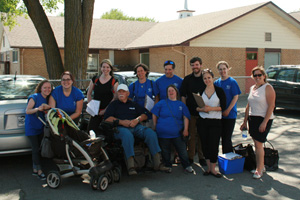 This year’s Access Discovery Days was a success! 26 businesses were listed on Wellington North in Sherbrooke (3 June), 16 on Boulevard des Laurentides in Laval (June 4) and 26 on Decarie Boulevard in Montreal (June 5). The ROPPHL was a new partner for the organization of the Laval edition. 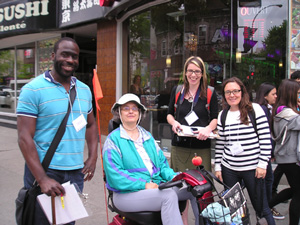 This year, the activity extended to Laval, where a dozen shops were visited on the Ste-Rose Boulevard on June 4 and was organized in collaboration with the ROPPHL. The next day on June 5, the activity moved to Montreal, again on Sainte-Catherine Street West (Alexis Nihon area), where nearly 30 shops were visited. The event ended with a 5 @ 7 at Lasalle College organized in collaboration with the Place Alexis Nihon Community of Practice. The following Non-profit organizations were also involved in the organization of this event: Kéroul, AlterGo and MEMO-Qc. 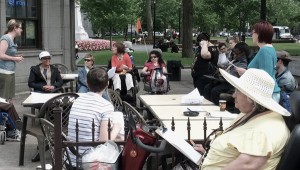 Access Discovery Days began in Montreal in 2013. Organized by OnRoule.org and helped by Independent Living Montreal, nearly 30 shops on the Sainte-Catherine Street West (McGill sector) were evaluated and recorded by participants.